A couple weeks ago I’ve dove right into music and sound effects in Unreal Engine, and have been trying to find the surface again. It was very easy for me to set up Sound Cues and effects in Unreal’s sound system. However, finding the right effects for all the different device interactions has been a much larger challenge. I sat down and wrote out 50+ events that would need specific sounds. Since then I’ve implemented three of them: – Footsteps on hard surface – Device activation failed, with different effects for failure reason – Device activation success, resulting in teleportation

Here’s some fun pages on Chords that I’ve been reading while trying to make pleasant sounding synths, and the frequencies to use to get them.

I’ve investigated 20+ different DAW and music synthesis software applications, and tried out 5+ of them. So far the best one I’ve found is LabChirp, which does have full control to make unique synths. However it is also very easy to make bad sounds with this software. Hopefully, with a lot of practice, you’ll hear some good sounds from LabChirp in Daakorun.

I’ve also explored many different sound library websites. With my limited budget ($0) it has been difficult to find any sounds that I like that fall under this umbrella. To date, the best library of clean sounds I’ve found has been ProSoundEffects, but individual sounds start at $5 a piece. The library I’ve ended up using the most is ZapSplat, who hosts all their custom sounds for free. With a reasonable donation, I’m now able to download their libraries, and sound effects in higher quality WAV.

I listened through ZapSplat’s 250+ footstep sound effects, and found one that I really liked. I broke it down in Audacity into fifteen individual sounds I use now for regular walking, and some for jump landing. 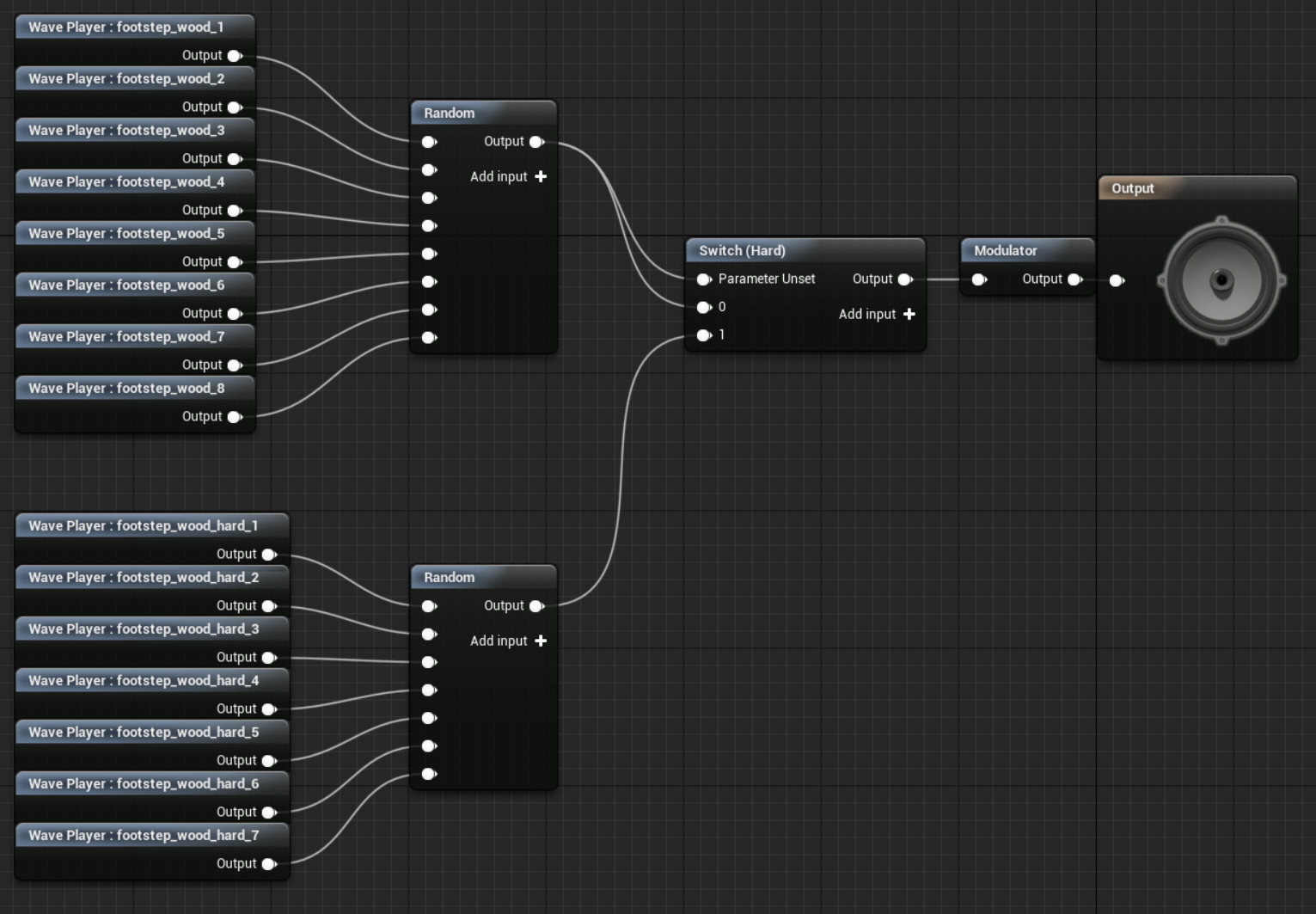